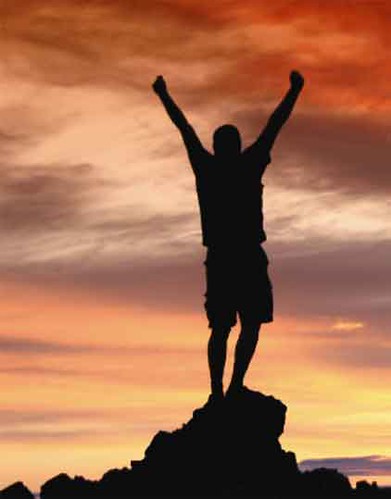 It has been quite some time since I have written anything for this blog. A lot has happened in the months since I last posted–to much to go into here, but I would like to catch up a little bit. Instead of focusing on the big news, I would like to focus on some more personal details of my life. Quite frankly, I have been conditioned to believe that nobody really cares about my struggles, so I have kept them to myself; that is not good for my emotional, spiritual, or physical health.

The burden of debt

Just a few short years ago, I felt like I was invincible. I had just completed my masters degree and started a new career. At the same time, I was finally seeing the fruits of my efforts in starting a side business with a partner start to pay off. My mortgage refinance was approved, and I would be paying a lower rate.  I was even ready to start dating again, and the thoughts of being in a relationship were exciting.

Well, things came crashing down around me within a few short months. My business partner decided he no longer wanted me to be a part of our company, I soon discovered that I was a victim of identity theft, and to top it all off, I was involved in a car accident that totaled my car. Oh yeah, I was still trying to pay off my students loans when all of this happened. I was ruined. To make matters worse, a friend joked that God must be punishing me for some bad choices that I have made, and I believed her.

I will go into the details of my soured business relationship in another post, but it left me with some financial obligations that I have worked hard to resolve. Unfortunately, the identity theft ruined my credit, and I have been spending the past few years trying to fix a problem that will most likely take several more to clear up. The debt and car accident sent me into a downward spiral that resulted in fatigue and other physical problems.

The good news, however, is that I am finally finding ways to combat my health issues, and I have cleared up many of the debt obligations. Unfortunately, my credit rating is still suffering from some poor businesses choices I made and the dishonest actions of somebody else I have still not been able to identify.

Mid-March I got the news that a long-time friend had passed away as the result of cancer. She was actually more than just a friend, but she was the woman with whom I had shared some of the most heart-wrenching details of our lives. We instantly clicked when we first met, and at one point we thought we could wind up getting married. Of course, I eventually came to admit that that was not meant to be, and we even survived that difficult breakup and still remained best friends.

I wound up morning her death on my own because of several reasons–the main being that she was able to move on in life, marry, and have that family that would never have been possible with me. I didn’t know who to turn to; many people who knew the both of us still blame me for the heartache caused her, but I know in my heart our choices were for the best.

Just short weeks into the mourning process, I went on a road trip with a friend. I thought it would be a good chance to get out, stop pitying myself, and enjoy exploring a city with somebody else. Unfortunately, it turned out to be a miserable time with two people in a car who wanted to do different things the entire time.

In the past ten or so months since I last wrote, I have had plenty of time to reflect on my life and my interactions with others.  I now realize that through all my struggles, I have tried to get through them all on my own. Yes, I have shared the most intimate details of my life with a few select people, but when they exit your life, it can be devastating. As I struggle to be more open with people, I am finding that so many people are willing to love and offer hugs and encouragement, wipe away my tears, and cheer with me through my successes.

Like many members of the LDS church who grew up feeling like we have secrets that we need to hide deep within our souls, I allowed those secrets to damage me for too long. Dialogue is finally happening among congregations throughout the worldwide church that are finally allowing us to be open and heal the wounds created by our own insecurities. It’s time I start healing; it’s taken to long to get started.